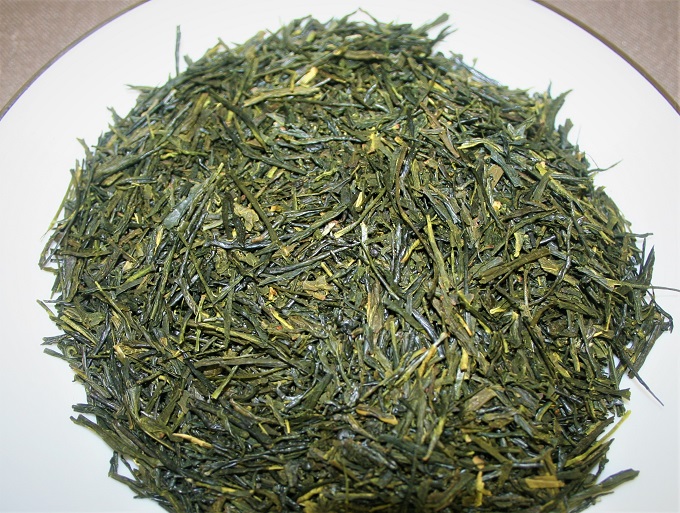 “Hachiju-Hachiya” means “88th Night,” and refers to the 88th date after the traditional Japanese Lunar New Year.  Generally falling on or near May 2nd, this is a time when tea buds are just beginning to unfold.  In Japanese, these first-flush teas are called “shincha” and are regarded very highly – some claim that even a single cup of fresh Hachiju-Hachiya tea can promote health and vigor throughout the year!

The stunningly jade-colored leaves are tiny, precisely rolled, and very attractive.  Carefully cultivated, hand-plucked, immediately and expertly processed by the most skilled tea masters, this exceptional tea is rare and very special.  Sometimes, late frosts damage or even totally destroy the first-flush crop.  This 2020 harvest, on the other hand, is a flawless exemplar of season, regional terroir, cultivar and artisanal craft, brimming with uplifting spring energy, fantastically vibrant and classically “green.”

Kagoshima prefecture, at the southern tip of mainland Japan, is famous for balmy climate and numerous active volcanoes.  These include Sakurajima, the most active volcano in Japan, erupting almost constantly since 1955, as well as a cluster of 18 smaller vents including Takachiho-no-mine, a sacred site celebrated in the Japanese origin story.  Between these fiery peaks lies the city of Kirishima (“Island in the Fog”), and on their slopes are some of the world’s finest tea plantations.

The Okumidori (“Late Green,” sometimes translated as “Deep Green”) cultivar is a late bloomer, making it ideal for first-flush harvests because it almost always appears after the frosts have ended.  It is known for beautiful vivid lime green liquor and Japan’s preferred cup profile of sweet and mild yet profoundly complex and vegetal, with thick creamy body and powerful chlorophyll and umami tones especially.

These first-flush leaves were withered within hours of being harvested, a treatment that makes this tea one of the freshest and most lively we have ever tasted!  “Deep Green” Okumidori is often used to make fancy specialty teas like Gyokuro, Tencha, and Matcha, and one sip will show you why – this batch is almost on par with the famous Gyokuro style even without the special chlorophyll-increasing cultivation methods used to make that top-of-the-line specialty green tea. In fact, you may find that this premium tea is in the same ballpark as the much more expensive and elusive Gyokuro – delicate and fragrant, with dancing floral, cured hay, and seaside aromas, it also has a lovely buttery mouthfeel, very low astringency and absolutely zero bitterness, with subtle chrysanthemum, vanilla, and barley notes rounding out the richly nuanced sweet/savory cup profile, and a long-lasting umami aftertaste.

If the concept “umami” is new to you, no worries – that is just because we do not have many foods containing that flavor in mainstream American culture.  But in Japan, umami tones are a common foundation for the most flavorful dishes.  Think seaweed, soy sauce, mushrooms, aged cheeses.  The first cup may be strange and a little over-powering for those new to Japanese teas (some of our crew jokingly described it as “sushi-flavored”).  We recommend blanching the leaves before steeping, as a quick rinse will wash away some of that unfamiliar umami flavor, and re-steeping several times, as it gets sweeter and milder with each round.  Read this guide to learn about the best method for preparing artisanal green teas in the traditional Japanese way.  Best steeped 4 or more times, share this extraordinary artisanal tea in small cups with friends in a peaceful unhurried setting.