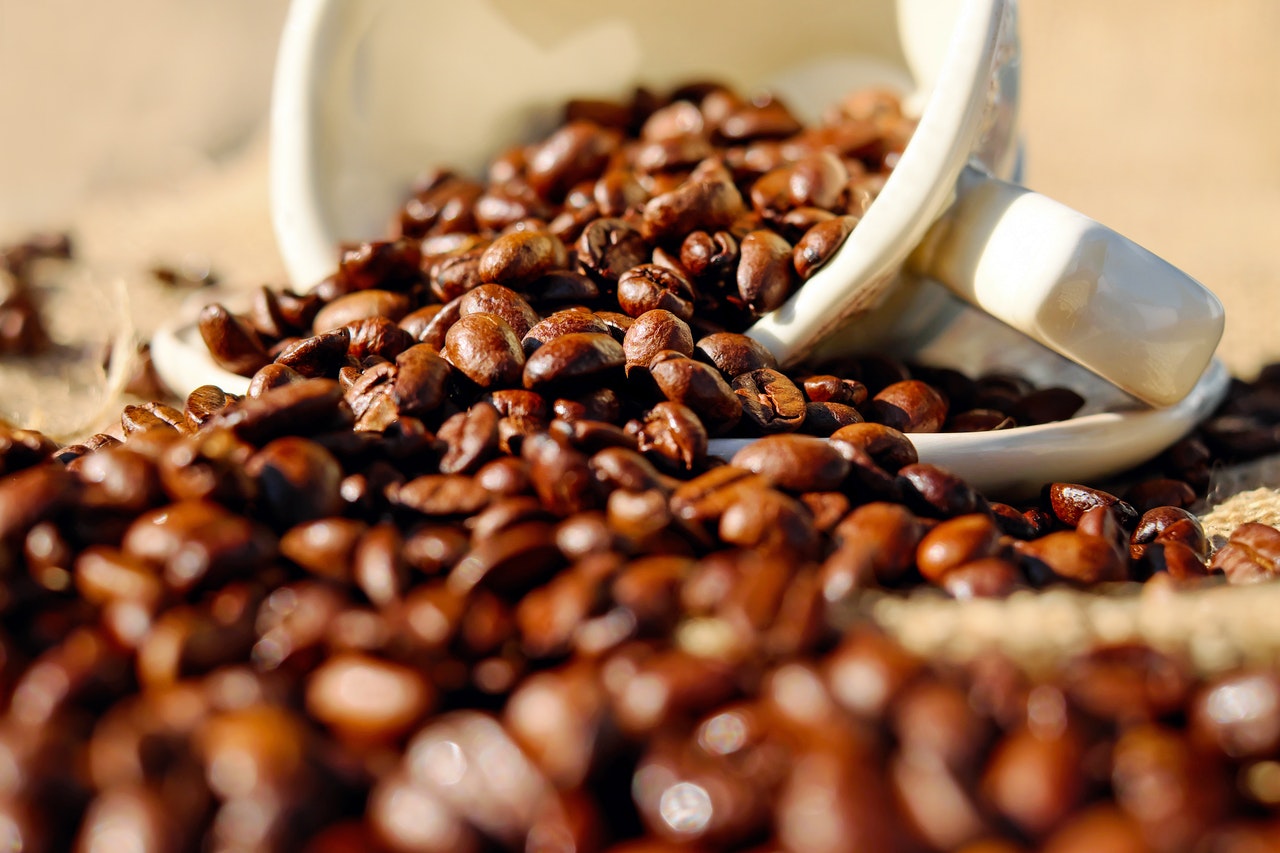 Before we begin exploring the degassing process, it is helpful to review the coffee roasting process as it relates to gases.

So, Are There Gases In Coffee Beans?

In short, the answer is yes. During the roasting process, gases form within the coffee beans. These gases are primarily made up of carbon dioxide. In fact, carbon dioxide makes up approximately 90% of the gas released. The remaining 10% is comprised of nitrogen, other gases, and volatile compounds.

You may be wondering how carbon dioxide and other gases end up in the coffee beans in the first place.

Despite this initial release of gases, the majority still remains in the coffee after roasting is complete. This is why home roasters and those who purchase locally roasted beans need to degas their freshly roasted coffee.

Learn more about the Science of Coffee Roasting.

What Does it Mean to Degas Your Coffee?

Degassing your coffee simply means that you are allowing the beans to release the remaining gases after roasting.

As the beans are removed from the roaster, gases continue to escape. Initially, the gases dissipate more rapidly, but over time the rate significantly decreases. It is estimated that 40% of the carbon dioxide is released within the first 24 hours after roasting. Most of the gas escapes within the first few days after roasting is complete. However, it can continue up to around a couple of weeks.

However, the objective of degassing your coffee is not to have all the gases disappear. The carbon dioxide serves as a barrier of sorts, blocking out oxygen. When the carbon dioxide is released from the coffee beans, it is replaced with oxygen. This process is known as oxidation and eventually will result in stale coffee over time.

The key is to degas your coffee for an optimal length of time. This will take some practice as it depends on a variety of factors, which we will review.

I’m Eager to Brew My Coffee. Is Degassing Really That Important?

Yes, if your goal is to brew flavorful coffee.

If coffee is not  properly degassed before grinding, small bubbles will appear during the brewing process. This is because the carbon dioxide repels water. The result is uneven flavor extraction and ultimately coffee with a less than optimal flavor and profile. Some have described the taste as sour.

Taking the time to degas your coffee properly allows the hot water to extract the aromatics and oils from the grinds. It will be worth the wait in flavor.

To release any remaining carbon dioxide, you can allow your coffee to bloom before brewing. Bloom your coffee grinds by dampening them with a small amount of hot water for a couple of minutes. The hot water will release additional carbon dioxide before you commence with the full brewing process.

It is worth noting there are differing opinions on the foam layer produced by remaining gases. This is specifically as it relates to espresso. On a freshly brewed espresso shot, the foam layer is called crema. The tan-colored (some describe as reddish-brown) crema exits the espresso machine first. It then settles at the top once the brewing process is complete.

For some, a perfect espresso shot includes the right amount of crema. They find that crema gives espresso a fuller flavor and a longer aftertaste relative to drip coffee. On the other hand, too much of it will ruin the espresso’s flavor.

Others find the crema to be overrated and unnecessary. Some experts believe crema can indicate freshness or degree of roast. However, they don’t think it is directly correlated to the espresso’s taste.

Now you have a better understanding of the process.

The Next Step is Learning the Things to Consider When Degassing Your Next Batch of Home Roasted Coffee Beans.

1. Studies Have Shown the Roast Level can serve as an Indicator to the Carbon Dioxide Level in Roasted Coffee Beans.

2. With Roast Levels Constant, Studies Have Shown that the Speed of Roasting Affects Degassing Rates of Roasted Coffee Beans.

3. Grinding Accelerates the Degassing of Coffee.

Grinding the roasted coffee beans results in a higher rate of degassing. One study found a degassing rate as high as 73% within minutes after grinding. This rate compares the carbon dioxide level immediately prior to grinding to the level minutes after.

The grind size plays a factor in the degassing rate. The study showed the finer the grind size, the higher the rate of degassing.

Prevent carbon dioxide from being released too quickly as it will compromise the fresh taste of your coffee. Protect the freshness by minimizing the time between grinding and brewing your coffee.

Make sure you select an optimal grinder for your home roasted coffee beans.

4. Several Other Factors Can Have An Effect on Optimal Degassing Time for Coffee.

In addition to roast levels, the optimal degassing time will depend on several things. These include harvesting techniques, processing method, bean size, and your planned brewing method.

For example, natural (dry) processed coffee beans have been found to take longer to degas than washed beans. With natural processing, the fruit is not removed until the drying process is complete. On the other hand, washed coffee beans have their fruits removed before they are dried.

As previously mentioned, darker roast coffees were found to have a higher level of residual carbon dioxide.

Learn more about the differences between light and dark roast coffee beans.

Brewing method also plays a factor in how long you should degas your coffee. The following is a rough guideline on degassing times based on your planned brewing method:

Storing your home roasted coffee beans in proper containers  will ensure they are degassing  while preventing oxidation.

Remember, a small level of carbon dioxide is ideal. It prevents the coffee beans from becoming stale or oxidizing.

There are storage containers that build up pressure to minimize the amount of carbon dioxide that escapes. Increased pressure in the container creates an environment that promotes proper aging.

Vacuum packing has been a popular way to protect roasted coffee beans from light, moisture, and oxygen. However, without a degassing valve, it requires the beans to be completely degassed before storage. Doing so sacrifices much of the aroma and flavor brought on by the aging process of the roasted beans. 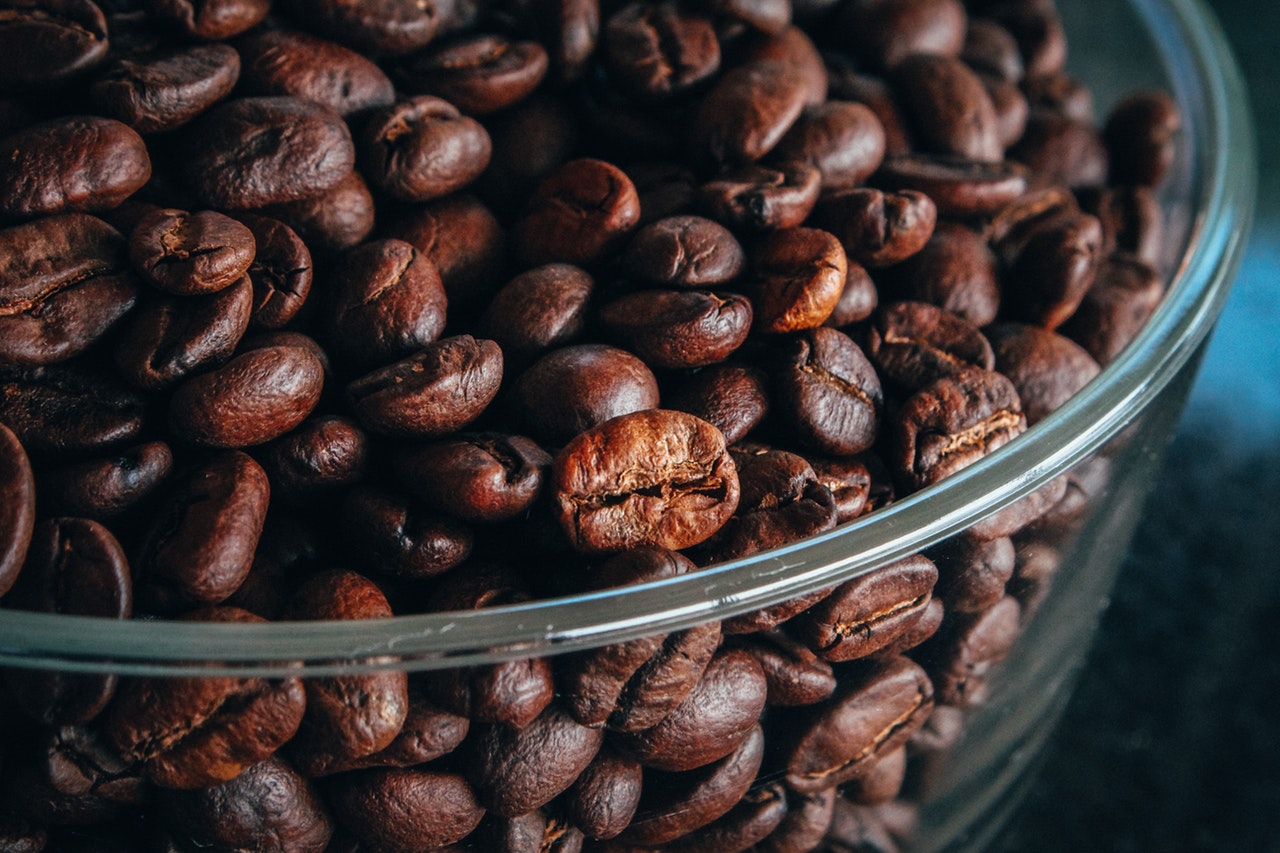 Baked Coffee is a Coffee Roasting Defect That is Difficult to Recognize.

Baked coffee beans are difficult to visually distinguish from other roasted coffee beans. Therefore, you may not suspect the beans are baked until you drink the coffee. Coffee brewed with baked beans will have a noticeably different taste. It is described as lifeless with hints of oat and grain. Others describe baked coffee beans as having papery or bread-like tastes. These beans have lost their flavors, sugar, and acid during the roasting process.

To understand what causes coffee beans to become baked, roasters need to look to the Rate of Rise (RoR) measurement. ROR measures “the growth rate of the bean temperature over time”. In other words, the measure indicates how quickly the beans’ temperature is changing.

The key is to avoid an RoR that is too low. Lower RoR’s indicate the coffee beans are taking a longer time to move through the roasting process. When the RoR is low enough it can lead to stalling – when the temperature is not increasing as it should to complete the roasting process. A low enough RoR results in coffee beans roasting longer than they should be (at a lower temperature) before reaching the first crack.

When coffee has a green or grassy taste with low acidity, the roasted beans are likely underdeveloped. This coffee roasting defect is sometimes easily identifiable by a lighter outer color.

Overdevelopment is a Coffee Roasting Defect that Can Occur When Trying to Achieve a Darker Roast.

Overdeveloped coffee beans will be black and oily and produce a burnt and bitter-tasting coffee. Some describe the taste as smoky and liken it to ash or carbon.

Roasting coffee beans too long will lead to overdevelopment. It does not take much to cross over from a dark roast to overdeveloped beans.

However, there are some who believe that coffee is either developed or undeveloped. The thought is overdevelopment is an inaccurate term and the beans are just “darker”.

Others view overdevelopment as an “over-roasting” error and therefore consider it a coffee roasting defect.

Burn marks on the flat surfaces of the coffee beans indicate scorching has occurred. Coffee made with scorched beans will have an overpowering smoky/ashy flavor.

Other causes of scorching include a roaster with a slower rotating drum or loading too many coffee beans to a roasting batch. Overfilling a roaster’s drum will prevent the movement of beans and decrease the airflow.

Essentially, to prevent scorched coffee, make sure the beans are turning over easily earlier in the roast cycle. Monitoring the fan speed will help ensure sufficient bean movement in the roaster.

Tipping is Similar to Scorching.

The visual difference between tipping and scorching is the location of the burn marks. While scorching burn marks are located on the flat surfaces of the bean, tipping marks, as the name indicates, are at the tips or edges. The taste is usually similar to that of scorched coffee.

Tipping is a function of the coffee bean’s shape. At high temperatures, the moisture evaporates from the tips more quickly due to the lower density relative to other parts of the bean.

Some believe a higher charge temperature causes tipping, similar to scorching. Others think tipping occurs later in the roasting process – during the second crack. Conduction or convection? In other words, is tipping a result of a hot drum or poor air circulation? The answer could be any of the above.  The thought is it’s more about the shape and the inability to withstand the heat at the edges/tips.

Quakers are Identifiable Only After the Roasting Process.

Quakers are not considered a true coffee roasting defect, but can only be identified after the roasting process is complete. Before roasting, quakers look similar to other coffee beans so they are overlooked in the sorting process. These underripe coffee beans are usually caused by poor soil conditions which hinder sugar and starch development.

After roasting, quakers will remain lighter in color compared to the other roasted beans. Take the time to remove any quakers from your roast before you grind and drink the coffee. If quakers are not removed from the batch, they tend to add a papery or cereal flavor to the coffee.

Burman Coffee Traders would love to help you along your home coffee roasting journey. Please contact us if you have any questions for us. If you are just starting out, our Ultimate Guide to Home Roasting Coffee Beans is a great place to start.

Preventing coffee roasting defects takes a bit of trial and error. Starting a coffee journal will help you perfect your roasting skills. Learn more about what to track by reading our coffee journaling tips.